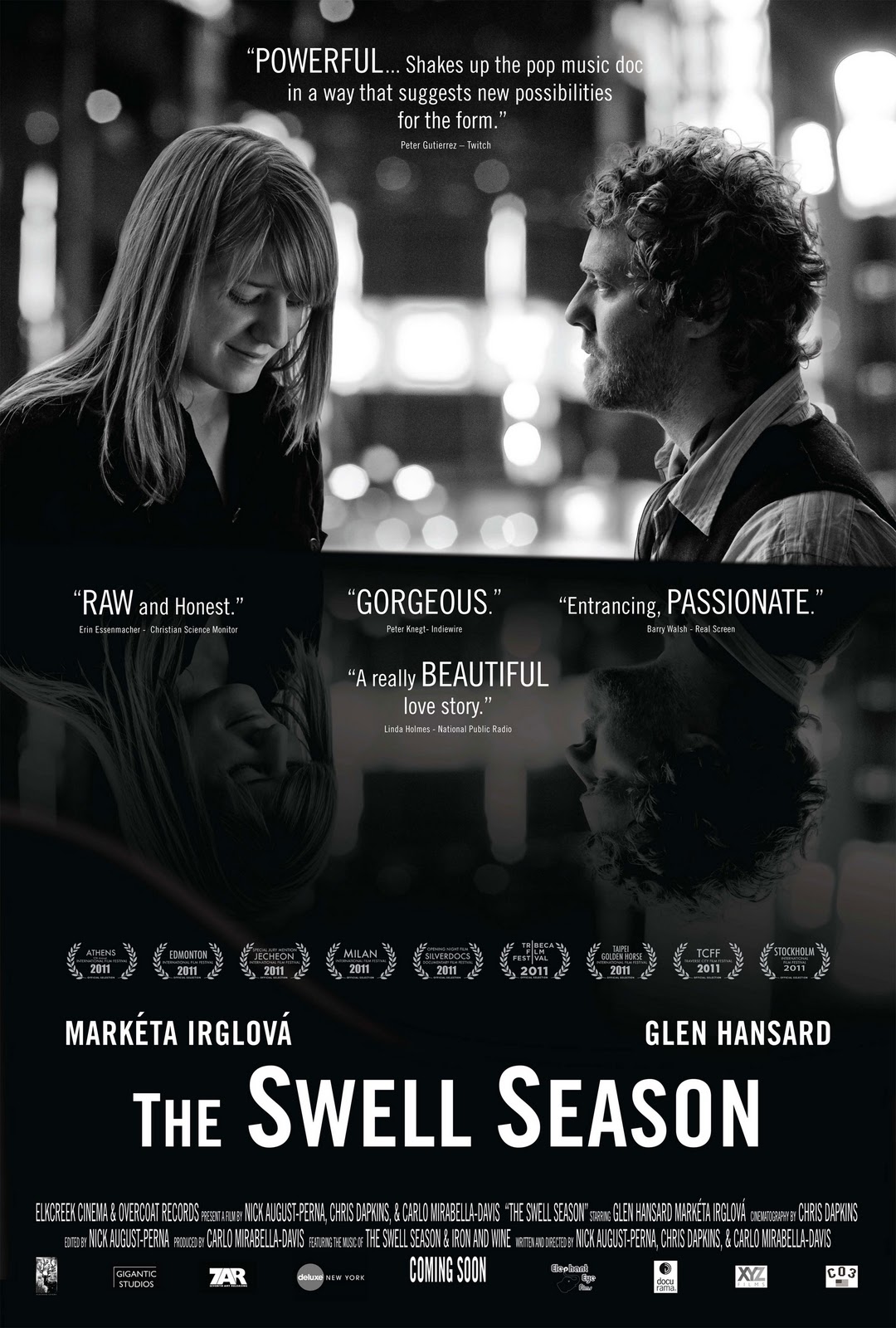 The world fell in love with Glen Hansard and Markéta Irglová when their songwriting collaboration in the film Once (2006) culminated in a jubilant Oscar win. But behind the scenes, where Glen and Mar’s on-screen romance became reality, a grueling two-year world tour threatens to fracture their fated bond. Filmed in black and white, this music-filled documentary is an intimate look at the exhilaration and turmoil created by both love and fame.

Beam and Burger performing Cinder and Smoke in The Swell Season.